The final doll in my final university project. I planned on seven, but really, when it came down to it, my obsession to the little details just took the time and I think I’d rather do four dolls really well, than rush seven. 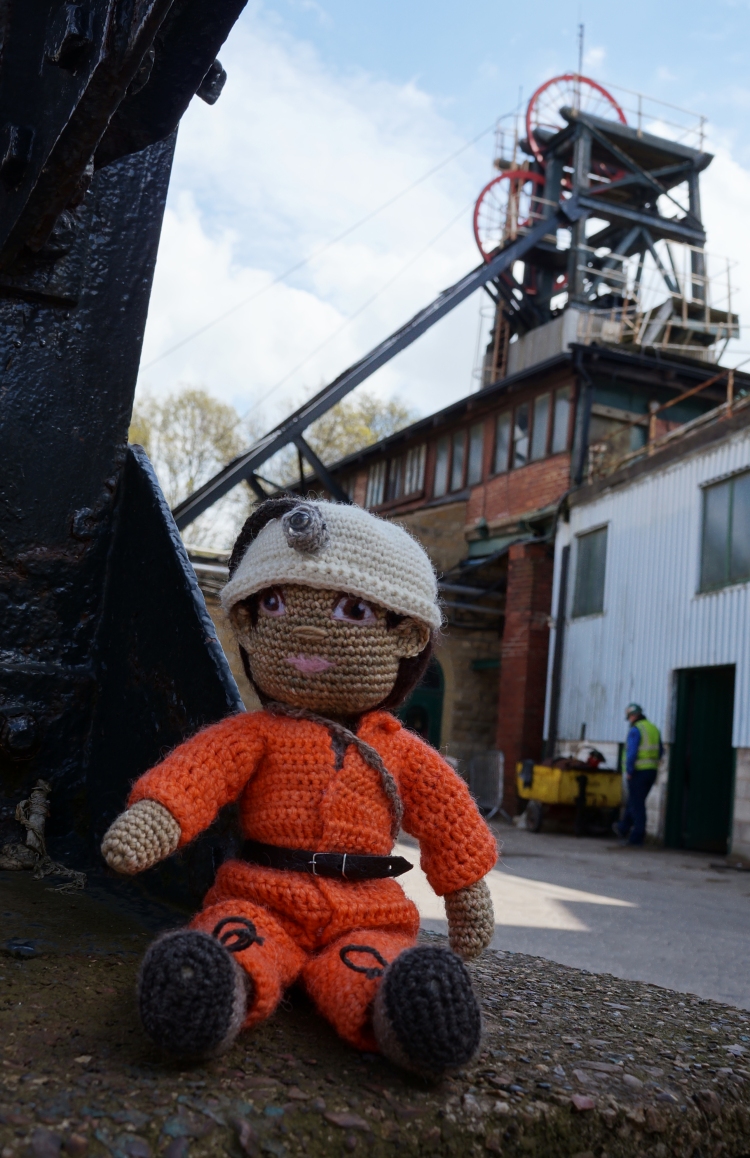 The coal miner is more modern and I’ve named him not after a Yorkshire coal miner, but one from Spennymoor in County Durham. Norman Cornish, a coal miner from the age of 14, who took advantage of art classes for miners and became an artist in his 40s. (www.normancornish.com)

I’m sure many folk are thinking why have I made a coal miner when I’m making dolls that represent traditional crafts, and at first the coal miner was the doll I was going to leave until last. Then a few weeks ago I was with my parents and a programme was on the TV which showed a clip about the Lofthouse colliery disaster from 1973, I’d have been 1 years old (yep, I’m sticking with 35 being my current age). My mum looked up and said, ‘oh, your dad was there’.

No, my dad wasn’t a coal miner, although he was a Bevin boy in the war. He was a Salvation Army officer and spent a lot of time providing support to the men during the search for survivors. It reminded me also of a time when years later, as a young Salvation Army member I was collecting money door to door in a nice middle class Lancashire area. It was during the time of the miners strikes. I remember one door opening and a man telling me he wouldn’t give to the Army because we gave to the miners. I didn’t get it being so young, but as I remember the story I decided the miner had to be made.

The dolls represent traditions that are dying out or how I sometimes feel about knitting, becoming only for the privileged. When I was young, people made their own clothes because they couldn’t afford to buy ready made. Now we’re in a place where poorer folk shop at Primark and the wealthy go on sewing classes or extravagant knitting holidays.

I was talking to a lady in the cafe at the National Coal Mining museum a few days ago about crafting. She told me she was a quilter and began quilting to use up all the scraps that she had left over from dress making. But then her husband spoke – describing what she does. He said she buys a yard of fabric, cuts it into pieces and sews the pieces back together to make a quilt. Quilting was once, using up your left over fabric, doll making was using up your left over wool. Now though, there is a worry that crafting is moving from the working classes to an expensive and privileged hobby.

It’s not wrong though (to be a wealthy crafter) and perhaps my gripes should be for another post.

The coal mining industry is another craft (because it is incredibly skilled) that has been lost and although the dolls have been made as a celebration of Yorkshire life and craftsmanship, I wonder if, in the future they’ll be seen as a look into a forgotten past.

Betty Virago is an award winning textile designer. Based in Yorkshire, England, and known for her Northern Folk dolls and the Quilts of Hope project. View more posts